A Live Reading of the Book Azaria by Maree Coote

We play lots of Australian content at 3CSC FM. We love to  slip in some gems from the local talent as a reminder of  the unique sound that is unmistakibly Australian on your way to your next class.

It is impossible to talk about Australian music of the past 50 years without factoring in the contribution of Michael Gudinski, the co-founder of Mushroom Records, who died in his sleep on Monday night, aged 68. This week wqe pay tribute to the local promoter with songs that Michael helped become anthems of Australain music. From the first Sunbury Pop Festival of 1972 – a three-day outdoor event that paved the way for Big Day Out and others in the decades to come – to the breakthrough success of Skyhooks in 1975, to helping build the careers of Split Enz, Sunnyboys, Kylie Minogue, Hunters and Collectors, Yothu Yindi, Vance Joy and many more, his impact on the local industry was enormous.

Add in his role in touring some of the biggest bands in the world to these shores, and the loss is almost incalculable. As Jimmy Barnes wrote: “Today the heart of Australian music was ripped out. I felt it, my family felt it, the music business felt it, the world felt it.”

News of Gudinski’s sudden death was met with shock and sadness across the world, with the promoter and label boss described as loud, passionate, loyal and above all a fan of music to the very end.

“My friend Michael Gudinski was first, last, and always a music man,” Bruce Springsteen said through his label, Sony. “I’ve toured the world for the last 50 years and never met a better promoter.

“Michael always spoke with a deep rumbling voice, and the words would spill out so fast that half the time I needed an interpreter. But I could hear him clear as a bell when he would say, ‘Bruce, I’ve got you covered’. And he always did.

“He was loud, always in motion, intentionally (and unintentionally) hilarious, and deeply soulful. He will be remembered by artists, including this one, from all over the world every time they step foot on Australian soil. Our deepest condolences to his wife and partner Sue and to the whole Gudinski family. 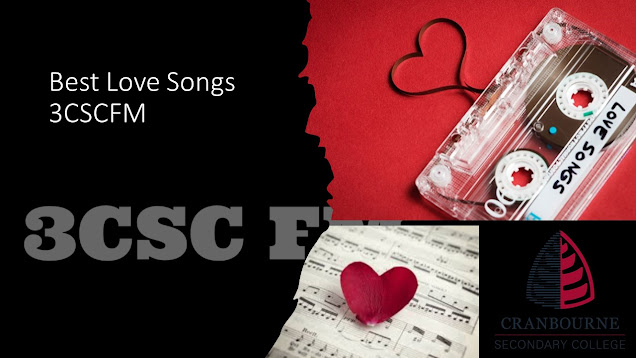 We have been walking to class  with some of the most famous love songs of all  time. We hope you enjoy the wide range of songs we play each week.

Suzanne Vega is an American songwriter end singer; She wrote this song in 1987 as she saw a kid through the window who seemed different from the other children, he was aside and not playing with the others.

The song is about a little boy who is talking to his neighbor because he might have heard the noise that made his parents while he was getting beaten. The little boy’s name is Luka. He’s trying to cover the fact by saying he ran into the door. He thinks it’s normal because he’s responsible and guilty for it. However he is a shame of it because he gives a subliminal message.

There is a paradox between the lyrics and the melody because the melody is lively so if you don’t pay attention to the lyrics we can believe that the song is a happy one. The chorus is different each time, it’s a consequence of the conservation between the neighbor and Luka.

We think that a song is more efficient to deliver a message because it’s played in radios and music albums. A bigger part of the population can get to the message through this way.

This week Year 7 students are learning about Blues music.  A selection of  music has been compiled  inspired by the blues.  Muddy Waters heard here is one of the legends of the genre. We hope you like walking to class with the sounds  of teh blues. Visit the CSC music room and see the Robert Johnson studio.
Posted by gms168 at 12:35 No comments:

The Moon, the astronomical body that orbits Earth, is one of the most
inspirational objects for human creativity. It has inspired words from
Shakespeare, Wordsworth and Joyce, and paintings from Rembrandt, Van
Gogh and Magritte. There have also been songs about the Moon, by artists
including The Beatles (‘Mr Moonlight’), The Rolling Stones (‘Moon Is Up’) and Pink Floyd (‘The Dark Side Of the Moon’).


As well as prompting evergreen hits such as ‘Fly Me To the Moon’, the
Moon has been the subject of comedy songs (Laurel And Hardy’s ‘Lazy
Moon’, The Stargazers’ No.1 60s hit, ‘I See the Moon’), political songs
(Gil Scott-Heron’s ‘Whitey On The Moon’) and numerous instrumentals
(Enya’s ‘Moon Shepherdess’). The Moon and outer space are often used in
ballads to provide the imagery expressing the enormity of emotion. Enjoy your walk to class this week with some songs about the  moon 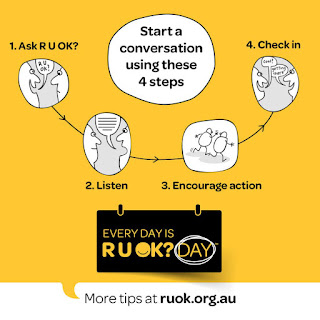 We inspire and empower everyone to meaningfully connect with the  people around them and start a conversation with anyone who may be struggling with life.

You don't need to be an expert to reach out - just a good friend and a great listener.

This week we play music around the theme of HELP.