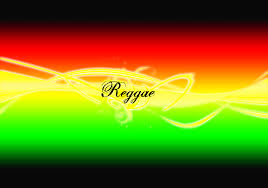 Walk to class to the  fabulous  sounds  of the West Indies region.

Reggae is played in 4/4 time because the symmetrical rhythmic pattern does not lend itself to other time signatures such as 3/4 time. One of the most easily recognizable elements is offbeat rhythms; staccato chords played by a guitar or piano (or both) on the offbeats of the measure, often referred to as the skank.
This rhythmic pattern accents the second and fourth beats in each bar and combines with the drum's emphasis on beat three to create a unique sense of phrasing. The reggae offbeat can be counted so that it falls between each count as an "and" (example: 1 and 2 and 3 and 4 and etc.) or counted as a half-time feel at twice the tempo so it falls on beats 2 and 4. This is in contrast to the way most other popular genres focus on beat one, the "downbeat".[

Our featured  artist will  be  Garland Jeffreys who  fuses  reggae with  soul and  blues. Enjoy