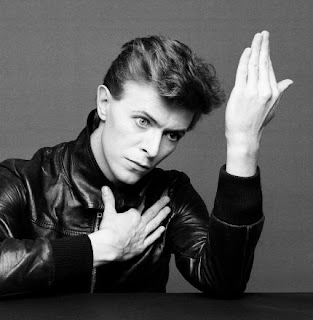 One of the most original and singular voices in rock & roll for
nearly five decades, Bowie championed mystery, rebellion and curiosity
in his music. Ever unpredictable, the mercurial artist and fashion icon
wore many guises throughout his life. Beginning life as a dissident
folk-rock spaceman, he would become an androgynous, orange-haired,
glam-rock alien (Ziggy Stardust), a well-dressed, blue-eyed funk maestro
(the Thin White Duke), a fun-loving art rocker (the Berlin albums), a
new-wave hit-maker, a hard rocker, a techno enthusiast and a jazz
impressionist. His flair for theatricality won him a legion of fans. Thanks David you will be missed here at 3CSC.